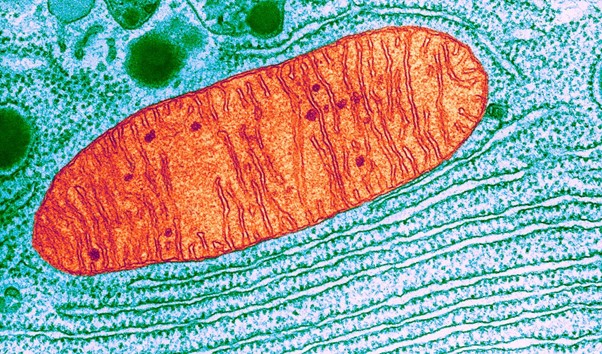 The Rising Role of Mitochondrial Research in Medicine

Mitochondria have long been considered the power stations of the eukaryotic cell, producing the basic unit of cellular energy, ATP, through oxidative phosphorylation. Beyond ATP production, mitochondria maintain ion homeostasis, produce precursors for macromolecules, such as lipids, proteins, and DNA, and generate and sequester potentially damaging metabolic by-products such as ammonia and reactive oxygen species. In addition, mitochondria are now understood to play active roles in integrating signalling pathways and responses to stressors. Mitochondria are dynamic and their functions have been tightly linked to their fission and fusion, motility, positioning, and form. Recent research has begun to uncover the broad reach of mitochondria in cellular communication through signalling pathways and contacts with other organelles, such as autophagosomes, endoplasmic reticulum, lysosomes and the nucleus. Mitochondrial function and dysfunction have emerged as key factors in mediating metabolic disease, cancer cell metabolism, neurodegeneration and aging, illustrating how mitochondria contribute to health and pathology.

Mitochondrial pathogenesis multifaceted, as shown in the figure below: (A) Somatic tissues contain 100-1000's of mitochondrial DNA (mtDNA) molecules each, such that a mixture of normal and mutated copies can coexist in a state of heteroplasmy. (B) The mitochondrial genome, containing 37 genes essential to respiratory chain assembly and function. (C) mtDNA heteroplasmy for the most common pathogenic MELAS-causing m.3243A>G mutation of the tRNALeu(UUR) gene causes genome-wide transcriptional reprogramming. (D) Mitochondrial signals promoting cancer initiation and progression. (E) Abnormal mitochondrial function and positioning alters multiple components of the nervous system. (F) Metabolic programming of immune cell differentiation and proliferation into anti- and pro-inflammatory phenotypes, driven by the balance of oxidative phosphorylation (OXPHOS) vs. glycolysis and mitochondrial reactive oxygen species (mtROS).

This is an exciting time in mitochondrial research. The past decade has provided novel insight into the role of mitochondria function and their importance in complex diseases. The data in the literature show that mitochondria play a key role in cardiovascular disease, specifically in the response to myocardial ischemia and the transition to heart failure. The accumulation of defects in mitochondrial electron transport, ion transport, metabolism, redox regulation, and mitochondrial quality control leads to a feed-forward cycle of further acquired defects. Ultimately, the mitochondria can no longer meet the high energetic demands of the cardiac cell, and this, coupled with an increase in activation of cell death pathways, leads to the death of the myocytes. The role of mitochondrial defects in heart failure and other cardiovascular diseases needs to be considered and evaluated.

There are a number of gaps in our understanding that need to be addressed in future studies. We need a better understanding of the effects of post-translational modifications (PTMs) on protein function. In recent years, we have made great strides in defining mitochondrial PTM, but the consequences of the modification are poorly understood in many cases. We need additional information on the mechanisms by which mitochondria regulate apoptosis and necroptosis. We need to define the mPTP. The F1F0-ATPase has been proposed as the pore; this needs to be verified by other groups, and the mechanism of its regulation needs to be defined. We need to define the redox-sensitive component of this pore. We need to more completely define the mechanisms that regulate mitochondrial dynamics and elucidate how this regulates cell function and metabolism. We also need additional information on the mechanisms that regulate mitochondrial turnover at the level of mitochondrial proteins and the organelle. What are the signals for turnover of mitochondrial proteins, and how is this accomplished? Additionally, the interrelationship between mitochondria and other intracellular compartments (endoplasmic reticulum, lysosomes, etc) and intracellular structures (mitochondria-associated membranes) in the regulation of mitochondrial function and overall cellular homeostasis is increasingly being recognized. An understanding of how mitochondrial function and pathophysiology integrate within this more complex intracellular environment will also be necessary to enable the modulation of quality-control programs to sustain cardiomyocyte homeostasis and stress resistance.

Medicine progresses via discoveries of pathophysiological mechanisms for diseases that undermine patients' health. A mechanistic understanding of disease not only yields new diagnostic opportunities, but also enables the development of targeted therapeutic and preventative strategies. For mitochondrial medicine, discoveries that mtDNA defects are at the origin of certain human diseases contributed novel diagnostic information for rare inherited monogenic metabolic disorders. This initiated a profound and still ongoing shift in focus away from the anatomical aspects of disease towards the underlying energetic determinants. More recently, a growing body of research has continued to uncover aspects of mitochondrial biology beyond energy production, including transcriptional remodeling within the nucleus, mitochondrial dynamics and quality control, inter-mitochondrial communication, the inter-cellular transfer of mitochondria, mitochondrial regulation of inflammatory processes and immune function, mitochondrial regulation of brain functions, and modulation of systemic physiological processes across organ systems, among others discussed here.

From these findings have arisen new insights into the biological mechanisms underlying critical care illness, metabolic disease, and the health effects of physical activity and inactivity. Together, this growth of knowledge around the role of mitochondria in various cellular functions has engendered renewed excitement and momentum for mitochondrial research across the medical sciences, as evidenced from the rise in the number of publications in medical sciences related to mitochondria (figure below). These and other discoveries are expanding the relevance of mitochondria across medical disciplines, possibly representing an opportunity to bridge the divide that separates academic disciplines, as well as concepts from Eastern and Western medicine.

Mitochondrial functions respond to a number of genetic, metabolic, neuroendocrine signals by undergoing functional and morphological changes, and in turn generate signals that influence a large number of cellular functions contributing to disease complexity. This places mitochondria in a privileged position, as a “portal” at the intersection of the cell and its environment. Because they contain numerous potentially druggable components, mitochondria provide an unusual number of opportunities, and challenges, to translate arising discoveries into therapeutic interventions. With the tools of molecular biology and the “omics” in hand, and a growing recognition of aspects of modern chronic diseases, the rise of mitochondria in medicine appears likely to continue. With it should come further insights into disease pathogenesis, as well as new strategies to intervene on a number of medical conditions through targeted behavioral, pharmacological, and other interventions rooted in the principles of mitochondrial bioenergetics.